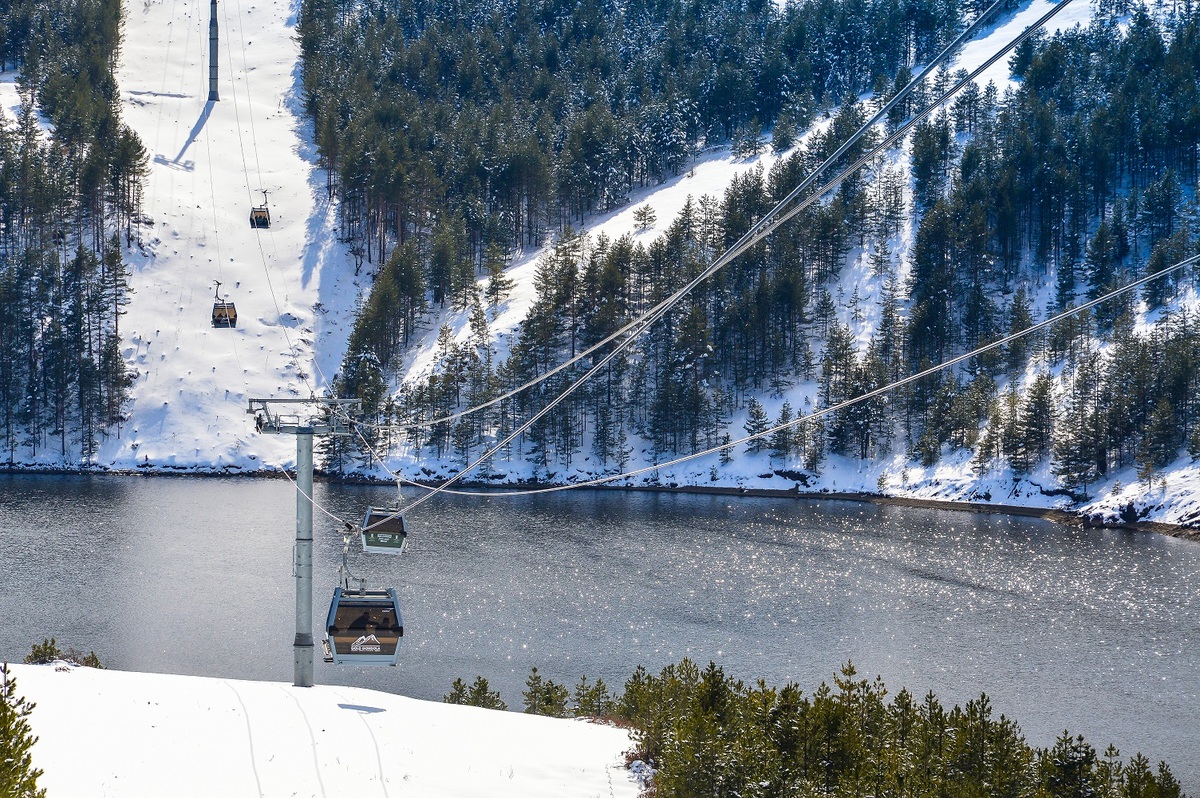 The Zlatibor gondola continues to break records in a year that certainly cannot be a benchmark for successful business. Even with reduced capacity, in difficult conditions burdened by increasingly strict epidemiological measures, the gondola transported a huge number of passengers, with an even greater number of those who had the desire, but did not have the opportunity to try this attraction, but had to postpone the adventure.

With a great start and the expectedly visited seasonal part of January and February, the gondola sailed into the also expected, calmer March. However, just as January and February completely exceeded all expectations in terms of interest and the number of transported passengers, the same happened in March, when we also did not expect such a visit. March, which is uncharacteristically cold this year and when it was expected that due to weather conditions the interest would be considerably reduced, did not drastically reduce the visit. The month, which is traditionally considered to be the least visited month on Zlatibor, also surprised with the overall interest in the gondola, and the number of transported passengers practically did not fall below 200. As things stand, the only thing that can significantly affect the visit in the future, even during the off-season months are the current epidemiological measures that, of all the winter months, marked March the most.

The month traditionally dedicated to the ladies, on their date, March 8, the gondola marked with one beautiful little gesture. The management of the "Gold Gondola" decided to give all the ladies a free ride on International Women's Day, and this small token of attention, which was warmly received and attracted great interest, attracted as many as 440 ladies who took the opportunity to enjoy their day ride.

In addition to the technical part of the business, the marketing part was not neglected, so these days we had the opportunity to host the famous music star from this area Ivana Selakov, who expressed a desire to record a video for her new song on our gondola. With a great desire to help her in that, we hosted Ivana and her team and with the assistance of our employees, we enabled her to do the job as professionally as possible. In anticipation of her new video, which we believe will have a lot of viewers, we hope that this is just the beginning of a nice collaboration with celebrities, as well as the initial capsule for many more such or similar projects, which will greatly contribute to the affirmation of gondolas and and the whole of Zlatibor on the tourist market of Serbia and beyond.

Finally, it should be mentioned that the first technical control of the installation, which is already scheduled for April 1, is expected for the Gold Gondola, and it is expected that all works related to this control will be completed in ten days. During that period, technicians of "Pome", a French manufacturer and supplier of equipment, with the assistance of gondola workers, will perform a quarterly and six-month inspection of all stations and complete routes, with certain minor adjustments, if necessary. The dynamics of the works is planned in such a way that all the works will be completed in the first half of April, so that the gondola will be ready to welcome the Easter holidays and a large number of tourists that Zlatibor will host in that period.