The first month of the Gold gondola 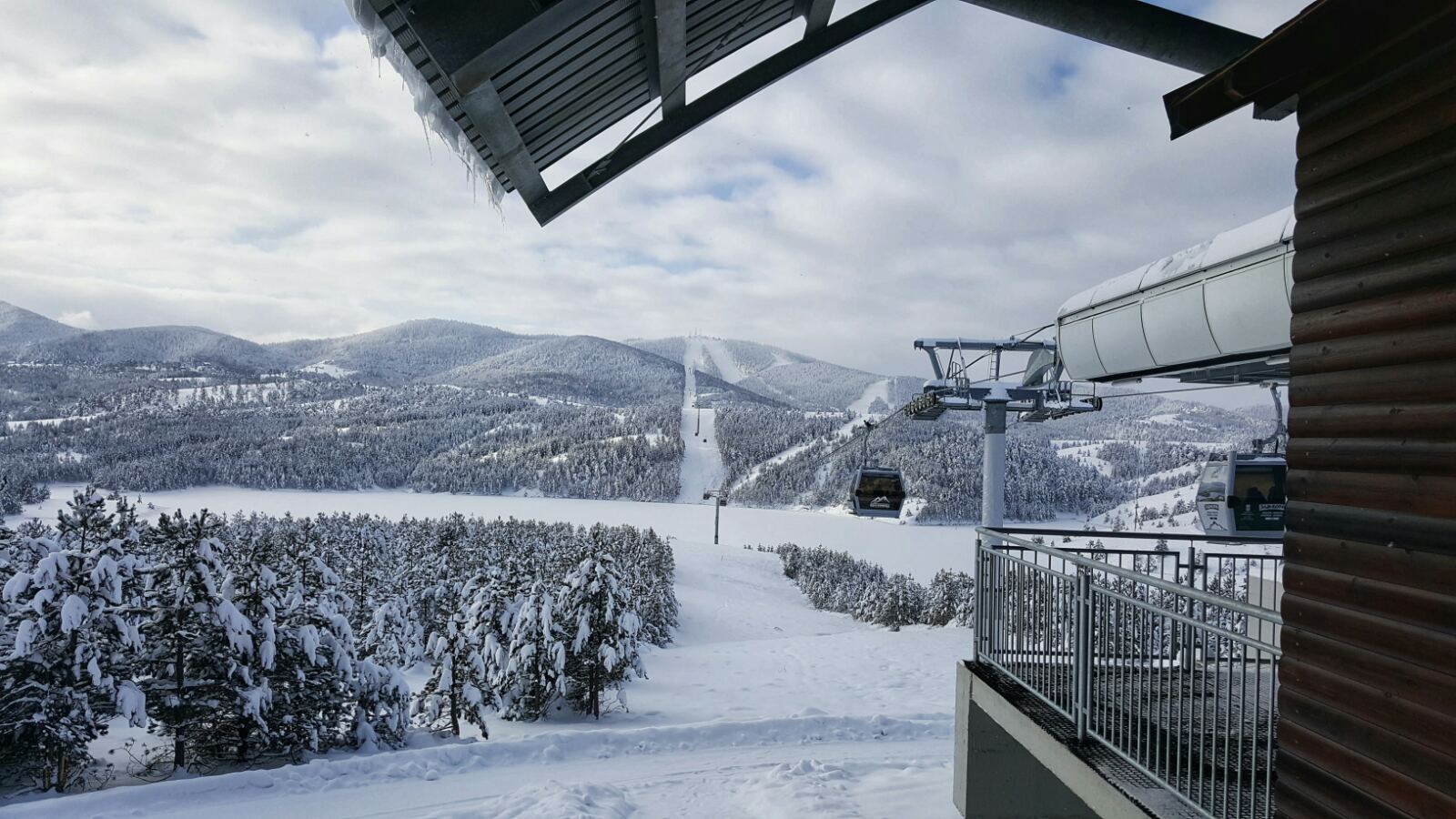 A long-awaited and announced attraction - the Zlatibor Gold Gondola started working exactly a month ago, on January 11th, 2021, and transported its first passengers. Now, in anticipation of Sretenje, we have decided to do a small retrospective of the first month of work.

The installation has already greatly exceeded all expectations, and has transported over 30,000 passengers in this first month. The best indicator is the huge queues and unprecedented interest that have reigned since the first day, which gives great satisfaction to the management of "Gold Gondola", the Municipal Administration, as well as all others who believed in the success of this important project.

From the early morning hours of January 11th, patient travelers, together with a large number of journalist teams looking for an opportunity for their exclusive story, waited for the moment to set off in the cabin of the "Gold Gondola" to the top of Tornik across Ribnica Lake. There was practically no media that did not publish the news about the opening of the Zlatibor gondola in those days. All the biggest television and media houses broadcast an exclusive story from the scene, and the number of followers on social networks increased many times as soon as the first announcements, recordings and pictures from the booths started. On that day, all the doubts, uncertainties and anxieties that accompanied this project for a long time and opened the way to complete success and the triumph of will, perseverance and persistence were finally dispelled. Neither the cold weather nor the large queues ruined the enthusiasm and patience of many tourists who did not give up in order to be among the first passengers of this unusual installation.

Only the grand opening and the ceremony that accompanied it were held three days later. After an extremely cold and snowy day, the President of the Republic of Serbia, Aleksandar Vučić, several ministers and high officials, representatives of the local community, as well as many other guests, guests and friends of Zlatibor and the municipality of Cajetina set off.

During all these days, there was an unprecedented interest, which in a way justified, and even exceeded the highest expectations. Already on the first day, about 1,200 tickets were sold in just 4 hours of gondola operation. In the days after that, ticket sales stopped before the end of working hours because the current number of tickets exceeded the planned daily capacity, largely reduced due to compliance with epidemiological measures. The cabins are planned for a maximum of 10 passengers and a total of 600 passengers per hour, and due to the already mentioned epidemiological measures, the capacity of the cabins had to be reduced to 4 passengers per gondola and 240 passengers per hour. The number of passengers ranged from 1,000 on a daily basis, up to 2,000 on weekends when it is most crowded.

The biggest crowds are on weekends, when up to twenty thousand tourists stay on Zlatibor, and the ride is stopped only by a strong wind that sometimes blows on the mountain, because at wind speeds of over 20m / s, it is estimated that the weather conditions do not meet safety minimum.

The management of the PE "Gold Gondola Zlatibor" and the municipality of Cajetina have not forgotten all those locals who gave their contribution during the Zlatibor mob to contribute to the realization of this dream. They were provided with a permanent discount, and on a couple of occasions they had the opportunity to ride for free, when this privilege was used by several thousand locals of Cajetina, and this unique and unusual attraction in our country inspired young Romantic knights to propose to their princesses. in the cabin of the Gold Gondola, as Milan Cvetković did by proposing to Bojana Đorđević.

On the wings of this great success, the very future of the "Gold Gondola" looks bright, with a realistic expectation that the investment itself will be paid off as soon as possible. Given the great interest that currently reigns, the management of the gondola and the Municipal Administration plan to purchase the additional 35 cabins. In addition to this, a number of investments are planned, such as the second branch of the gondola to the second highest peak of Čigota, the construction of the "Golden City" on Ribnica Lake, as well as additional content within the "Gold Gondola" system, which will make our company the backbone new tourist offers of Zlatibor, which is in line with modern world tourist trends.